7 months ago
fitness and health advisor

HomeHealthSneeze mixed with black mucus. Is that a disease?
Health 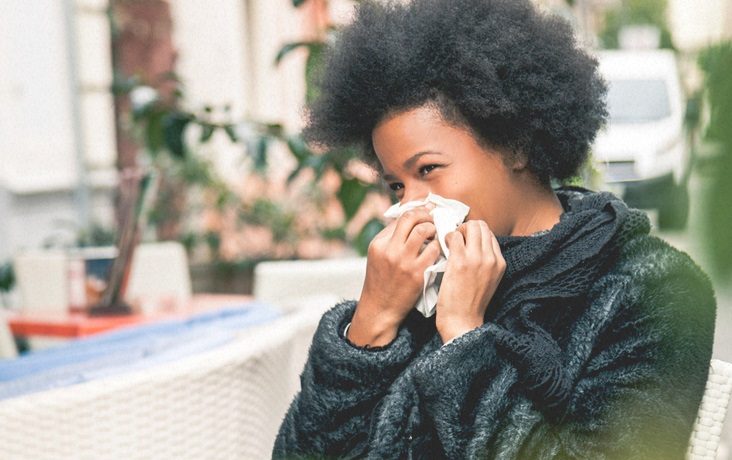 When you are sneezing and have mucus running down your nose, you probably will not give much attention to it unless you start noticing there is a change in the colour of the mucus. Black or dark mucus can be distressing and it may often signal a disease or you are exposed to certain unhealthy pollutants. Mucus is a mechanism that protects the nasal passage against infection and harm from foreign objects. It also serves a purpose in the nasal passage and cavities as a lubricant. When you are having an illness, mucus often will be collected in the nasal passages, and usually, you can blow and wipe it away.

Black phlegm or mucus is not always a concern; however, it could be a sign of a disease, or you are exposed to a pollutant. If you have such symptoms, you should pay a visit to a local clinic or ask a doctor.

If you notice you are having black mucus, see a doctor as soon as possible. The black colour mucus may be temporary, caused by exposure to smoke or dirt in the air. However, it may be caused by a respiratory infection or more serious conditions like lung cancer.

The followings are the possible causes of black mucus:

Breathing dirty air that contains pollutants may cause you to have black mucus. Dirt or industrial chemicals can enter your nasal passage and settle in the airways, darkening the mucus and phlegm. When you go to a place with poor air quality and heavy pollution, you may notice changes in the colour of your mucus. However, once you are not exposed to the pollutants, your mucus will return to its normal colour.

The chemicals and ingredients in cigarettes will settle in your airways, turning the mucus dark. Smoking is also a risk factor for lung cancer, which may cause black mucus too.

Pneumoconiosis, or known as “black lung disease”, is a condition that is associated with coal miners. However, black mucus can also be caused by exposure of the coal miners to chemicals or workplace irritants like asbestos and silica.

Smoke from large fires can cause soot to lodge in the airways. This may turn the mucus and phlegm black.

Diseases of the respiratory system can cause many changes in the colour and thickness of your mucus. These are important symptoms but usually will be associated with other symptoms and signs of illness.

Non-smokers or people who are not exposed to pollutants, black mucus is often associated with a serious fungal infection in the lungs. People who are immunocompromised, those who have a low immune system, will have a greater risk of fungal infection. Different types of fungus can be breathed in and cause an infection. These fungi are commonly found in hot climates, such as the desert Southwest or the tropics

Tuberculosis or more commonly known as TB is a bacterial infection and is highly contagious. The disease is spread by inhaling tiny droplets from the coughs or sneezes of an infected person. It mainly affects the lung however it can affect other parts of the body. In addition to dark mucus or phlegm, a person that is infected with TB may have a fever, weight loss, chest pain, night sweat, etc.

Pneumonia is a medical condition where there is an infection of the lung, caused by bacteria, viruses, or fungi. In addition to black mucus, pneumonia patients may have other symptoms like fever, shortness of breath, coughing, and fatigue.

Another condition that may cause black mucus is

If your mucus is dark or black, or blood-stained, you should visit a local clinic and see a doctor. It is important to understand why these changes are happening and get treated appropriately.

admin
Share on FacebookShare on TwitterShare on PinterestShare on VKontakte
adminOctober 12, 2021

What to Know Before Buying a Disposable CBD Vape Pen

Do You Know How Substance Abuse is Treated with Cognitive Behavioral Therapy?