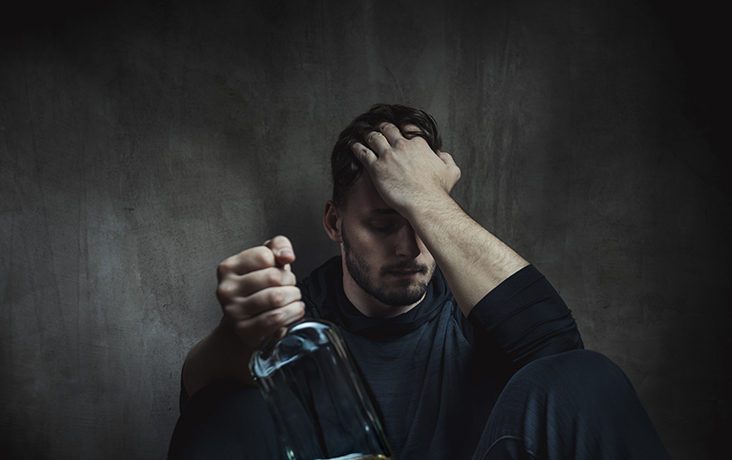 Are you worried that someone you love may be developing an unhealthy relationship to alcohol?

People suffering from “Alcohol-use disorder” (as it’s known among healthcare professionals) are unable to control their drinking despite painful physical, emotional, and interpersonal consequences. AUD covers the spectrum of alcohol-related problems, from early abuse through to dependence and finally addiction (alcoholism).

AUD affects every aspect of a person’s being. Left untreated, symptoms often worsen over time.

AUD can’t be diagnosed using a checklist, as it produces different combinations of symptoms in different individuals. That said, here are some common signs of alcoholism that you may notice:

Most alcoholics start out as problem-drinkers. They damage their own lives and relationships through drinking, though they may not yet be physically addicted. Early warning signs of alcohol abuse can include:

These are actions that an alcoholic may perform (or fail to perform) as a result of their drinking.

Here are some of the mental and emotional effects often experienced by problem-drinkers.

Alcohol abuse has both immediate and long-term effects on the body. Visible signs of alcoholism may include:

If some of these symptoms sound familiar, consult a medical professional who is qualified to diagnose and treat substance abuse disorders.

Some families delay this step because of the stigma that our culture attaches to alcoholism. In reality, alcoholism, like other addictions, is a brain-based illness. Recovery is much more likely if the alcoholic is supported by a dedicated and compassionate team of specialists.

Danny White
Share on FacebookShare on TwitterShare on PinterestShare on VKontakte
Danny WhiteAugust 1, 2021

The fitness culture in Dubai

All You Need To Know About Vape Tanks

Chlamydia Testing: When To Get Tested

The quality of the HCG you purchase determines its effectiveness

Best Styling Services for Your Hair in Australia

Best Vitamins For Women In Summer