HomeHealth Politics and Pot: The Nexus of Culture and Changing Opinion in Texas
Health 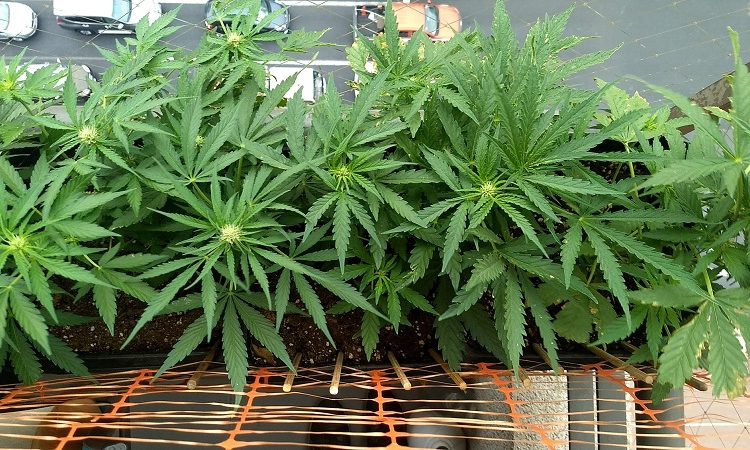 The last place you want to be arrested for a drug crime is the State of Texas. That used to be true unilaterally across the state. Texas law enforcement is known for being sticklers. You can “yes sir” all you want, but if you are riding dirty, you are going straight to County Jail. And generally speaking, they don’t care about your medical card (unless you are from Texas).

The hardline of cannabis prohibition continues in Texas. The state might even be the poster child for anti-legalization. The launch of the medical cannabis program did little to change views on decriminalization. Texas has one of the most limited medical marijuana programs in the country.

But now, there are some winds of change brewing in the Lonestar State. Residents who are pro-cannabis are watching with new hope after nine pieces of legislation were filed in November 2020. If even some of those passed through the State Senate, it could be life-changing. And it could help reduce the burgeoning population of citizens serving time for possession of cannabis.

Suppose you want to see how Texans feel about the number of businesses and people moving from California to Texas. In that case, Governor Greg Abbott’s Facebook page is a good place to start. You would not believe the vitriol being shared on the Governor’s page. And he isn’t instigating it either or trying to rile up his constituents.

Texans are convinced that all the liberal social changes in the state stem from the flood of Californians relocated to the Lonestar State. So how many Californians have moved to Texas, anyhow? And brought those pesky pro-cannabis ideals with them?

According to the Dallas News, in 2019, 82,235 Californians moved to Texas. In 2018, that number was slightly higher at 86,164 new residents. Right now, about 13% of the population of the state of Texas originated in California. And who could blame them for choosing Texas? The state offers one of the lowest rates of cost of living in the country. The busiest container freight port in the country is located in Houston. And residents do not have to pay state taxes.

Texans were excited to hear that Elon Musk was moving to the state. Because Musk is building out new factories to capitalize on the large population of thirty-something laborers ready to work. And when Oracle announced that it was moving its headquarters to Texas, too, it was another reason to celebrate. Texas will be the glad recipient of any tech company migrating from California. It’s good for business, and it means new jobs.

In rural Texas, a cannabis possession charge under two ounces (personal use) will land you in a lot of trouble. There is a possibility that first-time offenders would be provided the option of one-year probation and a $2,000 fine. As well as mandatory classes for addiction therapy.

A second-time offense for the same small amount of cannabis and the charge would likely result in jail time. County jails are full of “Smurfs,” or people who cross into Oklahoma to purchase weed and then sell it in Texas. Your average neighborhood small-time dealer, cautiously selling to family and friends. Because just over the border in Oklahoma, you can have an ingrown toenail and qualify for a medical card. And dispensaries in the Sooner state carry everything from concentrates to edibles.

However, some first-time offenders are charged with both a felony and a misdemeanor. This can happen if the individual is carrying a manufactured version of cannabis. That includes edibles, vape carts, and concentrated resins. Those products are an instant felony charge, even in small quantities.

However, in some places in Texas, a personal use amount of cannabis is a ticket. Cities like Austin and Houston have instructed law enforcement to seize cannabis but not file formal charges. In those regions, law enforcement is focused on more significant problems with methamphetamines and cocaine coming through the southern border. And human trafficking.

In Harris County, Dallas, Bexar, and Nueces, law enforcement has been issuing citations (not charges) for about two years. After hemp was legalized in Texas, law enforcement claims they can’t tell the difference between legal hemp and weed.

Younger Residents of Texas Are Pro-Cannabis

It is not just personal and professional views about cannabis that differ geographically; personal possession penalties do too. And there are so many contradictions to the way that a cannabis charge is managed. It depends on where you get charged. And some Counties in Texas have a reputation for treating cannabis charges like they are a federal offense.

Well, cannabis is still prohibited federally. And just because other states have decided to liberalize laws to accommodate pot smokers, that doesn’t mean it will fly in Texas. The state has been a Republican party stronghold, but it was a little scary during the November 2020 election. Almost half of the State of Texas voted blue!

The first thing conservatives blamed for what they viewed as a terrifyingly close vote and near-miss to a Democratic victory was Californians. All those exiting California and escaping high taxes and insane living expenses to settle in Texas (where there is no state tax)… it was their fault.

The Restrictive Medical Cannabis Program in Texas Does Not Help Patients

Texas has one of the most restrictive medical cannabis programs in the country. It is often not mentioned because it resembles nothing close to what other states have created. The qualifying health conditions focus on terminal illnesses. Or potentially life-threatening symptoms. It is almost impossible to qualify unless you are a hospice patient.

For example, chronic pain is not one of the qualifying health conditions. Get you some opioids! According to MarijuanaDoctors.com, only eight qualifying diagnoses can help a patient get a medical card in Texas.

The qualifying conditions are:

Some of the other notable and common qualifying conditions that did not make the list include neuropathy, PTSD, Anxiety, or Depression. Should a patient qualify for medical cannabis, they must talk to a doctor every time they get a prescription filled.

There are no walk-in dispensaries in Texas. Low-THC cannabis tinctures are the only available option. It is a cannabidiol oil that contains 0.5% THC and no less than 10% CBD. There are only three companies in the state that are licensed to produce it.

Will Texas Advance Cannabis Reform in 2021?

According to a report from Ben Adlin for Marijuana Moment, Texas lawmakers pre-filed nine bills in November. The cannabis reform bills were filed early for a review, hoping that advocates would be able to move forward and improve the medical cannabis program.

The bills are not subtle. Sponsored by State Senator Roland Gutierrez (D), SB 140 would legalize recreational marijuana for all adults over the age of 21 years. And it would build a dispensary retail system and license similar to nearby states like Oklahoma and Arkansas. The legislation would also expand the medical cannabis program in Texas to help more patients.

Lawmakers in Texas are listening up for two reasons. First, Texas has been in the top three states with the largest number of Covid-19 infections. The cost of healthcare and emergency response to the pandemic in 2020 was astronomical. According to the latest report from the Comptroller of Public Accounts, the pandemic on the traditionally vibrant Texas economy has been devastating.

Legalizing cannabis could provide a much-needed influx of tax revenue for Texas. But fear may be the strongest influence on Texas lawmakers. The Republicans barely held on to their leadership in Texas. It was almost split down the middle with votes. And that ‘blue wave’ may pull through during the 2024 election if Texas doesn’t “California-ize” its cannabis policies.

admin
Share on FacebookShare on TwitterShare on PinterestShare on VKontakte
adminMarch 19, 2021

Is Kratom helpful in treating illnesses?

Multiple Health Insurance Policies? Here’s How to Make A Claim

Everything You Need To Know About Physiotherapy