12 months ago
fitness and health advisor

HomeHealthCauses, Symptoms, And Diagnosis Know All About Brain Disorders
Health

Causes, Symptoms, And Diagnosis Know All About Brain Disorders 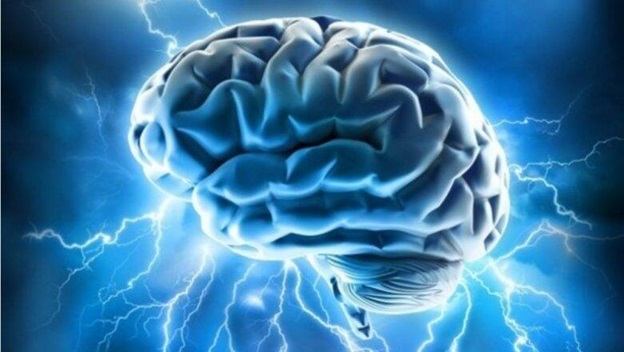 Did you know that 1 in every 6 Australians is at the risk of being diagnosed with a brain disorder by the time they reach their 60s?  There are many types of brain disorders like Alzheimer’s Disease, Dementia, and brain cancer, which are slowly gaining momentum to become mass epidemics. Mental disorders and Parkinson’s disease also fall into this category. In this article, we shall be talking about some prominent brain disorders, their causes, symptoms, and diagnosis.

Alzheimer’s Disease is one of the fastest-growing and most common forms of dementia amongst the elderly and takes a big share of approximately 60% of all the total dementia-related cases. It slowly destroys your memory and thinking capabilities. It all starts when the healthy neurons in a patient gradually start to degrade until they eventually die. Other parts of the brain also start to shrink.

The scariest thing about Alzheimer’s disease is that these brain changes start happening 10 to 20 years before the signs or any symptoms of the disease actually appear. The symptoms include forgetfulness and gradual difficulty in doing the simplest of the daily tasks. Your memory and thinking power decrease a lot. Although there is no cure for it, there is a treatment for Alzheimer’s disease, which can help manage its symptoms. It is diagnosed by an evaluation carried by doctors. This test evaluates your thinking skills, identifies sudden behavioural changes and functional abilities.

Most cases of brain cancer are rooted inside a brain tumour. The rest of the cases fall under the classification of Metastatic brain cancer, which occurs when cancer cells spread from a tumour located elsewhere in the body to the brain. The symptoms include a severe headache and irregular but frequent headache patterns, unexplained nausea or vomiting, vision problems, difficulty with balance, and even personality or behavioural changes in a person.

Brain cancer is diagnosed with imaging or a scan of the brain. Molecular imaging techniques like PET or MR Spectroscopy allow physicians to diagnose people with brain cancer by locating the tumour before it’s too late! For more information on this, you can click here.

Epilepsy and various Other Seizure Disorders

Epilepsy is a brain disorder, wherein people experience unpredictable and repeated seizures. This is caused to a disruption inside the brain’s chemistry, which leads to a change in behaviour or attention span. Seizures which occur due to a tumour, bleeding in the brain or through abnormal blood vessels might be surgically treated.

For other people, there exists a medication for seizures known as anticonvulsants, which helps the patients handle and lower the number of Seizures.  It can be genetic too. Some infectious diseases like AIDS, meningitis and viral encephalitis can also cause epilepsy.

Mental disorders, also known as psychiatric disorders, are medical conditions developed by traumatic or conflicting events that happened in the patient’s life. They can also be caused by physical or genetic deformities. Biological factors include a chemical imbalance in your brain or a traumatic brain injury. The use of alcohol or drugs or a mother’s exposure to viruses/ toxic chemicals while being pregnant are also potential factors.

Medications such as prescribed antidepressants or anti-anxiety medications can also help you. Psychologists also practice Cognitive Behavioural Therapy, which aims to correct a patient’s behavioural patterns and thinking cycle without the usage of medicines or drugs. It is advised that you do not ignore the signs and seek out help from a professional at the earliest.

admin
Share on FacebookShare on TwitterShare on PinterestShare on VKontakte
adminNovember 26, 2019

Get yourself the best online fitness coach

Tantric Massage and The value of The Practice

Common Waterborne Disease and How To Avoid Them

How cryosurgery is made simple with Freezpen

3 Hormones That Can Contribute to Weight Gain